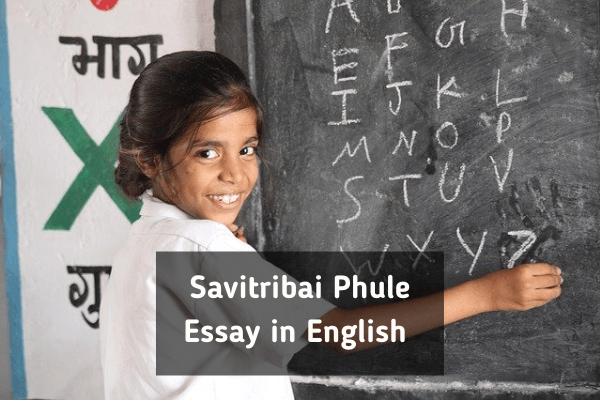 Savitribai Phule was the first female teacher of India; she is also known as the revolutionary feminist icon. Savitribai Phule was born on January 3, 1831, in the village of Naigaon in Satara district in Maharashtra state. She was born in a farming family. Her father, Khandoji Neveshe Patil, was a farmer.

His mother’s name was Lakshmibai. At that time, women were given a secondary place in society. When women did not have the right to education, Savitribai Phule educated the women of the society and gave them their rights.

On January 1, 1848, she started the first school for girls with the help of Jyotiba Phule. She continued his social work without fear of opposition from society. When Savitribai was on her way to school from her house, some of her opponents threw stones at her in the street. Yet Savitribai did not stop her work of educating women.

Note: if you like “Savitribai Phule essay in English 300 words, 200 words, 100 words.” please share with your friends on social media.